Canebuzo’s green offices are the perfect place for business growth

Ecobrand are proud to be involved with the opening of Canebuzo.
We have been involved with this project since its beginnings, working with Search Architects to develop the Canebuzo brand and working with Lincolnshire County Council to promote the project to all audiences via the website, literature, marketing, PR and the organisation of the national launch.

The opening event will be an opportunity to discover more about this unique project, meet the team behind the venture and support the development of sustainable working environments.

The open day will feature a networking lunch, exhibition and tour of the site, as well as a guest appearance by *Martin Kiszko – who will be performing some poems from his books, Green Poems for a Blue Planet and Verse for the Earth – illustrated Nick Park, creator and illustrator of Wallace and Gromit. He will also be reciting a specially commissioned poem about Canebuzo.

This event will also include exhibitions by suppliers Lafarge and Dow who have innovated impressive materials and techniques that contribute to the performance of energy efficient buildings. Nissan will be displaying their new electric Van and their award winning Nissan Leaf to show how you cannot only work in an zero carbon building but also get their without ant dependence on carbon fuels.

From 1pm Canebuzo will be open to the local community will include an exhibition of art by local children on the theme of future towns.

The units have been designed to retain heat and use the latest technology to preserve natural resources and generate energy from natural sources. As a result, they have been given an A+ energy performance rating, meaning they have a below-zero carbon footprint. That makes them some of the greenest commercial buildings in the UK, with occupiers enjoying low to no energy costs.

The buildings have been constructed out of energy-absorbing concrete blocks, which have been super-insulated on the outside then covered with earth. The whole unit acts like a giant storage heater absorbing all forms of heat generated in the building, plus solar energy, storing it in the building mass and then releasing it when outside temperatures drop. 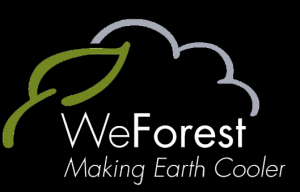